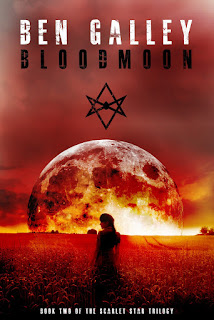 Earlier this year I read Bloodrush by Ben Galley and it wowed me. It was a very cool book with an absolutely amazing magic system. Now with the release of the second book Ben Galley has written a short piece on what the magic system is about. The best thing is that there is competition as well. You can find the details below, the most important thing is to let you creativity loose!

I’ve always been a sucker for magic. Alongside world-building, a good hearty magic system has always been my bag. It’s fortunate really, seeing as magic has practically been a prerequisite of fantasy since the dawn of the genre in the late 1850’s, widely recognised as Phantastes, by Scottish author George MacDonald.

Over the years, we’ve been given some great examples of what magic can and can’t be. Authors have gone wild weaving new ideas. From the subtle to the downright explosive, magic can be found in all sorts of places, and come in many forms. Series like the Wheel of Time, His Dark Materials, the Stormlight Archive, and the Farseer Trilogy have all proven that. And so it is with great humility that today I take the chance to chat about my new magic system - bloodrushing.


Bloodrushing is the magic system in my new weird west fantasy series - the Scarlet Star Trilogy. I’ll go into how it works in a moment, but it revolves around the concept of ingesting purified animal blood to bring out magical effects in the user. For example, if you can drink armadillo blood, you’re what’s called a Clinker, and can grow armoured plates along your back.

Now I always think that the world-building and the history heavily influences any magic system, and vice versa, so let’s start with that.


The background.
The trilogy is set in an alternate 1867, where the western side of America has yet to be discovered, and as such has been dubbed the Endless Land. It’s an industrial world, ruled mostly by the Empire of Britannia and Queen Victorious, an ancient member of European royalty.

Bloodrushing first began before the First Empire, what we know as the Roman Empire. Cultures such as the Scythians, worshippers of Cain, drank the blood of their first kill in battle. The Mongols used to drink the blood of their horses to run faster. During the First Empire, rushers of human blood first became known as lampreys, and a rift was born that carried through to the Age of Enlightenment, our Renaissance. The power of human blood is longer life, and so the rich and powerful began to rely on it, creating powerful orders which still hold sway in the trilogy. After the Enlightenment, the Church treated ordinary bloodrushers, ones who saw lampreys as abhorrent, like witches and had them put to death en masse. Magic is now seen as folklore to the average person on the street, but there exists a subculture of bloodrushers who still keep the old art alive. Some even now work for the rich and powerful.


How it works.
Not everybody can rush, but those that have “the stomach for it”, can usually handle between one and three types of blood, or shades. Some rushers are special indeed, and are called leeches. Leeches can handle a range of shades, from different veins, the six categories into which the shades of blood are divided. That’s where we get the Scarlet Star from: 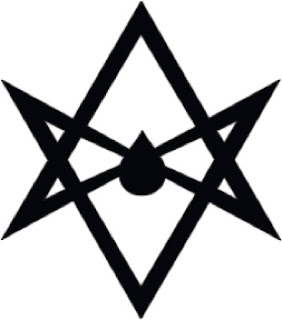 The veins are the animal kingdoms: insects, mammals, fish, reptiles, myth, and birds, and each are as different as the other. If a rusher were to try a shade he or she can’t stomach, the likelihood is they would suffer a great deal of pain, or worse, rupture from the inside out. Rushing is first and foremost, a very dangerous art.


Shades are collected by letters, also called butchers or draugrs in parts of Europe. Bloodletting is also an art, as the blood has to be correctly collected, purified, and stored. Shades can also be mixed for different effects, something quite a few letters specialise in.


The cost.
Now there is a cost, as I believe there should always be in a magic system. Magic, like any other force or weapon, shouldn’t be easy to master or limitless, otherwise it strange loses some of its suspense of disbelief. Every good magic system is dangerous and difficult, I believe, and so that’s what I tried to do with bloodrushing.


Besides drinking the wrong shade (something that’s been an effective assassination method in the past) there are essentially two main issues. Firstly, addiction, and secondly, side-effects. Rushers can become addicted to their shade, much like a drug, and become dependent on it both physically and mentally. Side-effects are usually the result of addiction, as well as happening on their own through misuse. Almost every shade has a side-effect, the severity of which can increase with repeated use. Rushing hummingbird blood, for example, might give you great speed, but also results in a debilitating thirst for sugar. Lion blood can breed a short temper and violent tendencies. Some shades even become permanent.


Boiling the blood is also possible. After ingesting blood, the magic works with the stomach and leaks into the veins, where it’s pushed to the skull. If you’re full of rage or emotion when you’re rushing, it can spiral out of control, harming you or others.


And that’s the quick guide to bloodrushing!


The #MyShade Competition.
So to celebrate the release of book two, Bloodmoon, on the 24th of July, I’m running a competition where you can suggest a new shade for the third book in the trilogy, Bloodfeud, coming later this year. The three best suggestions will be published in the eBook and paperback editions of book three.


All you have to do is look at the Ars Magica on my site, find some inspiration and an animal that hasn’t been covered, and then just suggest a description of what its magical effect is. To enter just Tweet me (@BenGalley) or Facebook me using the hashtag #MyShade. The competition closes at the end of the month, and the winner will be announced in the first week of August here on The Book Plank, as well as on my site.


More on blood rushing and free Bloodrush eBooks.
I’ve put all this information, as well as a full breakdown of all the shades in the Scarlet Star books, on my website: www.bengalley.com. You can also download free samples of the books, or sign up to my mailing list to get a free eBook copy of Bloodrush, book one of the trilogy.


Good luck, and cheers for reading! 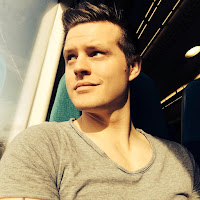 Ben Galley is a best-selling dark fantasy author from the UK. He is the author of the epic Emaneska Series, and a new YA western fantasy series, the Scarlet Star Trilogy. When he’s not dreaming up lies to tell his readers, Ben works as a self-publishing consultant, helping fellow authors to publish and sell their books at www.shelfhelp.info.

Ben can be found being loquacious and attempting to be witty on Twitter (@BenGalley), Facebook (/BenGalleyAuthor) or at his website www.bengalley.com.
Labels: 2015 Ben Galley Bloodmoon Bloodrush Guest Blog Supernatural Western