The problem with a phrase like ‘strong female characters’ is it implies a default state where female characters are inherently ‘unstrong’. By its very existence it risks reinforcing stereotypical images as the norm: the silent movie heroine, tied to the tracks, in floods of tears as she awaits rescue by the hero; or the housekeeper in Tom and Jerry jumping on the table and screaming because she’s seen a mouse. These examples are laughably old and outdated, as is – or should be – the notion that ‘strong’ women are somehow unusual. Female characters should every bit as able to get out there and make life happen as male characters: the fictional world they inhabit may set constraints upon them, in which case the author needs to decide if – and how – they accept these constraints or resist them.

Strength isn’t just about bench pressing your own body weight at the gym, either. Nor is it just about kickass assassins protecting the world from supernatural evil. Strength can be about having the courage to continue to do the thing you believe to be right when peer pressure is against you. Or pausing to consider someone else’s feelings above your own. It can simply be about doing something that makes a difference. Displaying strength of this kind isn’t the prerogative of any particular gender: it’s a thing people do all the time. Displaying weakness is another thing people frequently do. Real people have good days and bad days, sometimes they change their minds, or make bad decisions when they’re under pressure. Sometimes they do something selfish, sometimes they regret it. People are rarely all good or all evil and the best-rendered characters in fiction will reflect this complexity, whether they’re female or male.

The most convincing characters will bring with them a sense that they existed before the events captured in a story, but that doesn’t mean their backstory needs to be detailed for the reader – ideally it’ll be revealed through their actions giving the reader hints as to why they behave in a particular way. Convincing characters will have hopes and fears, strengths and weaknesses, with resulting inner conflicts that will help drive the plot. Hot-seating can be a useful exercise to deepen understanding of characters, with the author responding in-character to questions posed by members of a writing group – and it works equally well without a group. Freewriting from a character’s point of view is great for digging around in their mind. Often plot problems can be resolved by examining a character’s motivation more closely.

It’s also worth remembering that a character’s goals can change as events of the story impact upon them – perhaps they’ve been thwarted and had to moderate their ambitions, or perhaps the thing they thought they wanted wasn’t that important after all. Similarly, the most convincing characters will change as the story progresses – the changes may be slight, but they’ll be perceptible. Making them ‘strong’ perhaps isn’t the most useful way to think of characters whatever their gender: instead, I’d suggest making them real. 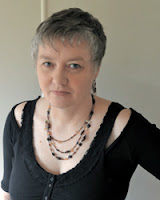 
Susan Murray is a graduate of the Open University, and describes herself as a “serial house renovator”.
She was recently longlisted for the Bristol Short Story Prize.
Susan can be found online at her blog,trackingthechanges.wordpress.com and @pulpthorn on Twitter