Guest Blog: Just the Two of Us: On Back-to-Back Releases 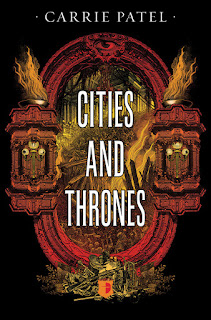 Guest Blog: Just the Two of Us: On Back-to-Back Releases by Carrie Patel


The release of a first book is an exciting moment for a new author. There are months of anticipation as the date draws nearer and then weeks of guest posts, interviews, bookstore signings, and happy mayhem when it finally rolls around.

Often, it’s at least a year before you start that dance all over again.

In my case, four months are passing between the release of The Buried Life and its sequel, Cities and Thrones.

That’s fast by the standards of traditional publishing, which must account for printing schedules, editorial work, and typesetting for a whole catalogue of books. It’s a reason to be thankful for Angry Robot, my nimble publisher, and their ability to release books fairly quickly after acquisition.

It’s also an illustration of blessings in disguise.

Originally, The Buried Life was scheduled to release in July of 2014. However, the sale of Angry Robot delayed my book and a number of others, pushing my release date back to March 2015.

Last July, I was in the middle of convention season and wouldn’t finish Cities and Thrones for another three months. The delay gave me a “practice run” on the whole marketing blitz, and it gave me a new window of time in which I could focus on promoting The Buried Life without worrying about my second novel. From there, everything fell into place—by the time March madness died down, I was just a few weeks away from receiving my edit letter for Cities and Thrones, and the July 7th release date was on the calendar.

It was perfect timing, and it never would have worked out quite that way if The Buried Life hadn’t been delayed.

There’s a lot to like about cozy release dates. Many self-published authors—who don’t have to deal with the same logistical overhead as traditionally-published authors—make it a point to keep the books flowing for their readers. This allows them to hold their readers’ attention and interest. In the case of a series, where characters and storylines often carry over from one book to the next, this is especially valuable.

After all, no one likes to wait, especially after a sucker punch of an ending. The Buried Life concludes with big changes for the characters and for the city of Recoletta. When readers ask what’s happening next, it’s a relief to tell them that the second part of the story is only a few months away.

At the same time, it’s useful to have a little breathing room between two books. Readers and authors need the recovery time. The last thing an author wants is to see is news of the second release drowned in the wake of the first. A respite of a few months establishes the two book releases as separate events, and it helps authors, readers, and media outlets avoid saturation and fatigue.

There’s another consideration for back-to-back releases, which is that there’s little opportunity to digest critical feedback before finishing the next book. For authors who prefer to insulate themselves from reader responses—good and bad—to their work, this is great. They can follow the story in their head without distraction.

But other authors prefer to absorb public reactions and reviews the same way that they incorporate feedback from their editors and beta readers. For these authors, it can be frustrating to commit to a sequel without yet knowing how readers will receive the first book.

There’s a similar story from the marketing perspective—the months after a release are a useful time to evaluate which approaches and efforts worked and which are worth repeating (or revising) for the next release. The less time you have between releases, the smaller your data set is.

Nevertheless, traditionally published authors rarely have much control over release dates. Typically, a publisher’s marketing sensibilities and their overall schedule—which may include dozens of other books—are the real determinants. The best an author can do is keep her writing schedule and meet her deadlines. Whether the in-between period is months or years, any author can make the most of her interim by writing her next book and preparing her next marketing plan. 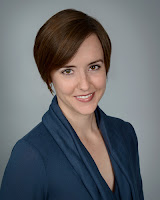 Carrie Patel was born and raised in Houston, Texas. An avid traveller, she studied abroad in Granada, Spain and Buenos Aires, Argentina.

She completed her bachelor’s and master’s degrees at Texas A&M University and worked in transfer pricing at Ernst & Young for two years.

She now works as a narrative designer at Obsidian Entertainment in Irvine, California, where the only season is Always Perfect.

You can find Carrie online at www.electronicinkblog.com and@Carrie_Patel on Twitter.