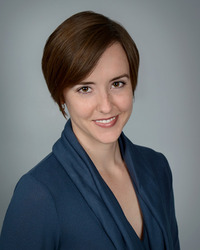 Author bio:
Carrie Patel was born and raised in Houston, Texas. An avid traveller, she studied abroad in Granada, Spain and Buenos Aires, Argentina. She completed her bachelor’s and master’s degrees at Texas A&M University and worked in transfer pricing at Ernst & Young for two years. She now works as a narrative designer at Obsidian Entertainment in Irvine, California, where the only season is Always Perfect.

Hi Carrie, welcome over to The Book Plank and for taking your time to answer these few questions for us.

BP: First off, could you give us a short introduction as to who Carrie Patel is? What are your likes/dislikes and hobbies?
CP: I’m a reader, a writer, and a Texan living in California! I like good stories, good beer, and people with whom I can enjoy the same. When I’m not nose-deep in a book, I enjoy gaming, travel, and snow skiing.

BP: You have been writing for many years already, do you still know the moment when you decided that you wanted to become a full time author?
CP: By most definitions, I’m not really a full-time author now (although I am a full-time writer). I work as a narrative designer for Obsidian Entertainment, a video game developer, which means I do a lot of writing for in-game dialogue and quest narrative. Honestly, the balance works really well for me—in my day job, I get to do collaborative work in an environment where I have feedback (and human interaction!), and in my off-time, I’m able to work on my own stories and characters.

BP: The Buried Life is your debut in the fantasy fiction, writing a debut is a daunting task, how did you went about and plan this?
CP: If only I’d had a plan…. I had an idea for a story I wanted to tell and realized that the only way I’d get it out was by sitting in front of my computer and banging out 90,000 words or so. After I’d done that, I realized the only way I’d make it worth anyone’s read was by revising and editing. And here we are, a few years later, with a book (almost!) on the shelves. Any appearance of careful planning is, I promise, completely accidental.

BP: The Buried Life is your first fantasy book, what gave you the idea behind the story?
CP: A trip to Argentina, some questionable empanadas, and a very long bus ride. You hear lots of people say that their best ideas come to them in the shower, and there’s something to be said for the creative meandering the brain does when it doesn’t have something concrete to fixate on. It was a study abroad trip and probably my first real opportunity to travel somewhere without any ties to family and friends, so my untethered brain started telling stories about the new places around me.

BP: The Buried Life is out August 7th later this year, if you would have to sell your book with a single sentence, how would it go?
CP: An inspector and a laundress chase a killer and uncover the secret history of an underground city.

BP: Did you encounter specific problems when you were writing The Buried Life?
CP: Since this was my first serious attempt at writing a book, it was a big learning process. Each new draft was a matter of finding out what I was capable of as a writer and what I’d need to learn next. It was challenging but also exciting.

BP: What was the hardest part when you were writing The Buried Life?
CP: Dialogue. At first, anyway. Writing dialogue that felt both natural and in-character was extremely difficult in the first couple of drafts. I’ve heard the same complaint from other writers starting out. It’s easy for dialogue to go wrong in any number of ways—it’s stilted, the voice is indistinguishable from the narrator’s, it’s overly expository. Reading aloud is one of the best cures, because it becomes pretty obvious when the words coming out of your mouth or not something any human being would actually say to another.

BP: Besides the hardest part of the book, which chapter/scene did you enjoy writing about the most?
CP: Once I got comfortable writing dialogue, I enjoyed writing every scene with Roman Arnault and Liesl Malone. They have such a strong antipathy, such opposite personalities, and such capacities for snark (Roman in particular) that it was always entertaining to put them in a room and watch them arm-wrestle it out.

BP: If you would be given the chance to rewrite any particular scene of The Buried Life before it hits the shelves in August, would you do so? If yes, which part and why?
CP: I don’t think so. In the many revisions and re-revisions, I had the chance to polish as I wanted. It’s easy to look back at your work and see all of the things you could change, the vast and minute improvements you could make, and what you might do with one more round of revisions, but that way lies madness. I’m happy with the final product and thrilled to finally share it with readers.

BP: Will The Buried Life is the first book in a series, have you already mapped out how many books will follow?
CP: I’m working on Cities and Thrones, which is the immediate sequel, and I’m planning on a third to cap off the series.

BP: Do you have any other projects that you would like to pursue now that The Buried Life will be published?
CP: Other than the sequels, I have a near-future science fiction novel about bare-branches youths from India and China and a corporate scheme for terraforming Mars. It’s actually what I was working on when I sold The Buried Life, and I’m really looking forward to finishing it.

BP: Everyone enjoys science fiction and fantasy in their own way, what do you like most about it?
CP: It’s a fantastic medium for taking stories we know and questions we’ve heard and presenting them in a new light. I think science fiction (including a lot of science fiction television) probably has more of a reputation for this, but at the end of the day, when you strip away the monsters and magic, you have stories about characters dealing with problems that are somehow familiar to all of us. Yet seeing them in a new setting allows the reader to distance herself from many of her biases and to experience these stories afresh.

BP: If you would have to give you top 5 favourite books, which would they be?
CP: The Name of the Rose by Umberto Eco, Smilla’s Sense of Snow by Peter Høeg, Snow Crash by Neal Stephenson, The Left Hand of Darkness by Ursula K. Le Guin, and A Song of Ice and Fire by George R. R. Martin (I’m bundling these all into one).

BP: And just lastly, can you give us a sneak peak as to what will be in store for the readers of The Buried Life?
CP: Mystery. Mayhem. Underground cities. Plucky laundresses, dogged inspectors, and charming rogues.

BP: Thank you very much for your time Carrie and good luck with your future writing projects!
CP: Thank you so much!
Labels: Angry Robot Books author interview Carrie Patel Dystopian Science Fiction The Buried Life