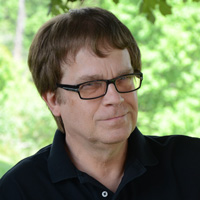 
After an absence of more than two years, New York Times-bestselling author Max Allan Collins will bring back one of his most popular characters, the ruthless professional killer known only as “Quarry,” in THE WRONG QUARRY. Since his debut in 1976, Quarry has appeared in 10 novels and inspired a feature film, The Last Lullaby, starring Tom
Sizemore and Sasha Alexander.

Hi Max, welcome over to The Book Plank and for taking your time to answer these few questions.


BP: First off, could you tell us as to who Max Allan Collins is? What are you hobbies, likes and dislikes?
MAC: I’m very lucky in that all of my hobbies have turned into my work.  As a kid, I drew comics and wrote fiction, and I grew up to write them both professionally.  I played rock ‘n’ roll in high school and went on to play semi-professionally for many decades.  I loved movies from childhood, and as an adult wrote and even directed films.  I often say that my chief goal in life has been to avoid real work.

I am a collector, and have original comic art and pin-up paintings hanging in my home – my wife Barb is very patient.  I have thousands of movies on DVD and Blu-ray, a ridiculous amount.  And books everywhere.
My major dislike is being told what to do.  I like to be left alone in life, and am notorious for not getting along with copy editors and others in the publishing process who think they can “improve” my work.
BP: The Quarry series go back a couple of years. Do you still know when you knew that you wanted to become an author?
MAC: That happened in junior high school, when I was thirteen or so.  I had wanted to be a cartoonist and drew my own comic books, passing them around to my classmates.  But in the late ‘50s, a wave of private eye TV shows came on the air – PETER GUNN, 77 SUNSET STRIP, MIKE HAMMER – and I became a big fan of that genre.  I began to read Dashiell Hammett, Raymond Chandler and Mickey Spillane.  And I began writing my own stories and novels.  I sent my first book out when I was fourteen – of course, it was terrible and was rejected numerous times.  But I was on my way.


BP: The Wrong Quarry is the eleventh book in the Quarry series, where did you first got the inspiration/ idea from to start writing this series?
MAC: Quarry was created at the University of Iowa’s Writers Workshop in 1971 or 1972.  Two things were behind it.  First, I wanted to take the kind of crime novel, popularized by Donald E. Westlake among others, with had a criminal as protagonist another step.  Don, writing as Richard Stark, wrote about a thief in the third-person, and my first published novel, BAIT MONEY, did the same.  I wanted to see if readers would accept a hired killer as a protagonist, using the more in-your-face first person.  Second, I was very much aware of the Vietnam war, facing the draft myself, with many friends of mine serving over there, sometimes dying.  Quarry was conceived as the first of the Vietnam war-traumatized anti-heroes, and was meant to indicate the impact of that misbegotten war on the American people.  Violence had made Quarry numb.  Vietnam had done the same to most Americans.  I don’t think we’ve ever really recovered.


BP: With already eleven books into the series, how do you come up with new and exciting stories each time?
MAC: The series has a peculiar history.  The first book was conceived as a standalone, and it was the publisher who wanted more novels about the character.  As a writer just starting out, I was happy to comply.  The first four books came out in the mid-‘70s.  They weren’t particularly successful, but achieved enough of a cult following over time for me to do one more around ten years later.  Then Hard Case Crime came along, a few years ago, and the editor there – Charles Ardai – asked for a new Quarry novel.  I took that opportunity to end the series with THE LAST QUARRY.  But that book did so well that I decided to write more novels about the character, going back to the ‘70s and ‘80s to fill in the blanks in the story of his career.  I’ve never had trouble coming up with ideas.  In a book like THE WRONG QUARRY, it’s all about finding an interesting target for a hitman – a target who can become Quarry’s “client” in trying to stop the hit from going down.


BP: The Wrong Quarry will be published on the 10th of January, if you would have to sell you book with a single sentence, how would it go?
MAC: “If you like sex, violence and black humor, you have found your novel.”


BP: Even with you experience in writing books, did you still encounter any specific problems when you were writing The Wrong Quarry?
MAC: That book went rather well.  I had a lot of fun doing it.  The oddest thing about writing these later Quarry novels has to do with setting them in the 1970's and ‘80s.  What began as a contemporary series is suddenly a historical one4.  I find myself researching years that I lived through, which is absurd to say the least.


BP: What has been the hardest part in writing books so far?
MAC: Writing has never been hard for me.  The hardest thing for any writer is to live up to your own personal standard of excellence.  None of us can ever quite achieve what our imaginations demand of us.  That means no matter how much a writer improves over the years, that writer keeps striving to be better.  And perhaps improving along the way.


BP: Besides the hardest part, which parts of writing in the Quarry series have you enjoyed so far?
MAC: Quarry is a liberating character.  His world is so dark and nasty that I am free to share my darkest, nastiest thoughts with the world through Quarry.  He is not, by the way, a misogynist.  I would say calling him a misanthrope is closer to the mark.


BP: If you would still be able to make a last minute adjustment to The Wrong Quarry would you do so? And if yes, which part?
MAC: No.  I’m perfectly satisfied with it.  I just hope readers feel the same way.


BP: Though there is a story thread with how everything came to pass in the Quarry series, The Wrong Quarry can be read as a stand alone. Are you planning to write more books in the Quarry series?
MAC: I’ve just completed QUARRY’S CHOICE, which is set in 1972 when he has just begun working as a contract killer.  The hitman-killing-hitmen aspect of THE WRONG QUARRY is not present here.  I have ideas for two more Quarry novels, so I think it’s likely there will be a few more.


BP: Can you give us a sneak peek of what we can expect in the upcoming adventures of Quarry?
MAC: In QUARRY’S CHOICE, Quarry goes to Biloxi, Mississippi, and deals with the Dixie Mafia.  He’s very much a fish out of water, and he’s navigating a very violent, betrayal-filled world.  The book after that, if I do one, will be another hitman-killing-hitmen novel.  I know what it is, but should keep that to myself.


BP: Do you have any other projects that you wish to pursue in the near future besides the Quarry series?
MAC: My ongoing Nathan Heller historical series is very important to me.  I set it aside for ten years, while I worked on ROAD TO PERDITION sequels and prequels.  The Heller series is my favorite.  Quarry is a close second.  I’m also continuing to complete unfinished manuscripts from the files of Mickey Spillane.  I’m pleased and proud to  have completed six Mike Hammer novels from substantial unfinished Spillane manuscripts.


BP: and just lastly, if you would have to give your top 5 favourite books, which would they be?
MAC: I’ll answer that two ways, and I’ll stick to mystery/crime fiction.


TOP 5 of my own books:
THE MILLION-DOLLAR WOUND (Nate Heller)
FLYING BLIND (Nate Heller)
ROAD TO PERDITION (graphic novel)
QUARRY IN THE MIDDLE
BLACK HATS (published as by “Patrick Culhane”)