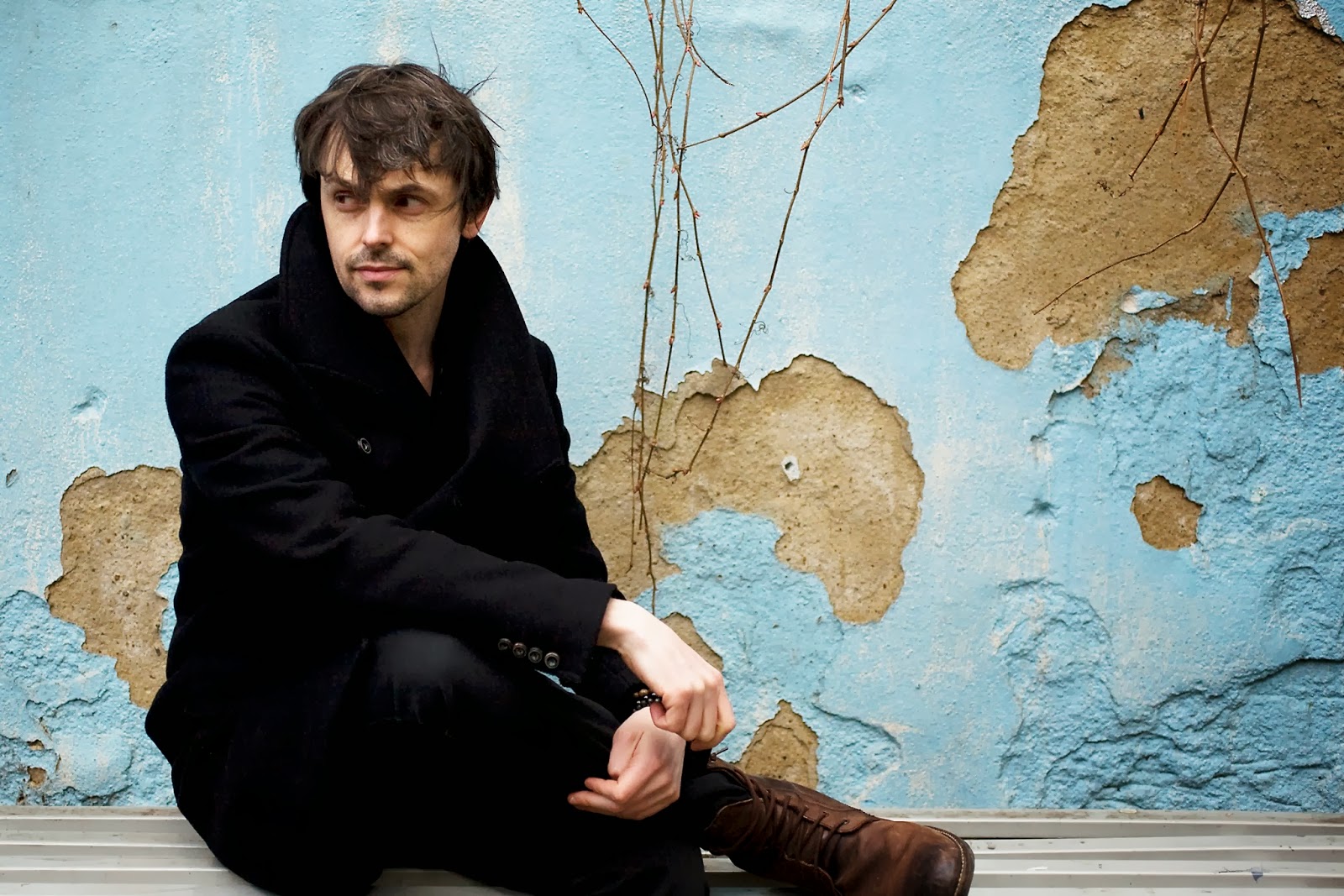 Author bio:
Den Patrick was born in Dorset and shares a birthday with Bram Stoker. He has at various times been a comics editor, burlesque reviewer, bookseller and Games Workshop staffer. Anything to avoid getting a real job in fact.

Den lives and works in London. His first three books for Gollancz, the War Fighting Manuals, are released autumn of 2013. Three novels, The Erebus Sequence, are in the works. The first book, The Boy with the Porcelain Blade, is released in March 2014 by Gollancz.

Hi Den, welcome over at The Book Plank and for taking your time to answer these few questions.

BP: First off, could you give us a short introduction as to who Den Patrick is? What are your hobbies, likes/dislikes?
DP: I’m an English guy living London, originally from Dorset, born to Londoner parents. I studied performing arts but went on to have lots of weird and wonderful jobs, like comics editor, Games Workshop staffer, bookseller, and I even reviewed burlesque shows for a bit.
I think of myself as general purpose Geek, I play table top games, I role play, I play collectible card games. I also love music, I’ve just recently discovered Romare and I’m enjoying his work. Obviously I read science fiction and fantasy, but also comics.

BP: The Boy With the Porcelain Blade is your fantasy debut book, but you have a lot of experience in the publishing field. Do you still know when and where did you decide that you wanted to start writing and become an author?
DP: I’ve always liked stories and storytelling. I started dabbling for my own amusement when I was twenty-five, before that I was writing RPG adventures. It wasn’t until I turned thirty that I decided I wanted to write, but I was always very realistic about what my chances were. Being signed by Gollancz is like winning the lottery.

BP: What gave you the idea/inspiration to specifically write the story of The Boy With the Porcelain Blade?
DP: I woke up one morning and my girlfriend at the time said, ‘your ears are so pale they could be made of porcelain.’ The Boy with the Porcelain Ears was the original name of the novel, I carried it around in my head for about ten years.

BP: The Boy With the Porcelain Blade is out this March, if you would have to sell your book with a single sentence, how would it go?
DP: I’m going to borrow from what Jen Williams said about the novel – ‘It’s X-Men meets Gormenghast.’

BP: If you look at other books in the same genre as The Boy With the Porcelain Blade, where do you think that it separates itself from amongst the others?
DP: Fantasy is a very broad field, and I read but a fraction of it. That said, I give my female characters a lot agency. They’re never reduced to being people who need rescuing or avenging. They’re not there to provide reward for the protagonist. Sometimes you win out but don’t always get the girl in the process.

BP: Writing your first full length book can be a daunting task, what was the most difficult part writing wise, compared to the comics?
DP: It’s about admitting a project is going to take the best part of a year if you have a full time job. Sure, you might finish it sooner, but it’s best to be realistic. And it’s a lot of work.

BP: Now that you have written your first full length book, do you feel that you have gained different experience than writing comics, that you will be able to use in your future works?
DP: I’ve written four now. One will never see the light of day. It’s a newbie writer bumbling around and making a ton of mistakes and I loved writing it. The danger with writing comics is that I tend to underwrite, I am concise to the point where things are barely fleshed out. I’m addressing this currently as I edit book two of The Erebus Sequence. I do think comics makes you really focus on your dialogue, and that’s very valuable

BP: If you look at the story itself, what was the hardest part to write?
DP: I did worry that all my characters would just sound like me trying to be a smart arse. That said, fight scenes actually need to be choreographed. That takes some thinking about.

BP: Besides the hardest part, which part or parts of the book did you enjoy writing the most?
DP: Anything that has Virmyre in it. He’s one of my favourite characters; intelligent, compassionate, and slightly eccentric.

BP: If you would be given the chance to retract your book and make a final last adjustment to the story, would you do it? And if yes, which part and why?
DP: The original version didn’t have a sex scene. One of my test readers was most vocal that there should be one. That might divide a few readers but I wouldn’t take it out now it’s in there.

BP: The Boy With the Porcelain Blade is the first in a new series, can you give us a sneak peak as to what we might come to expect as the series progresses
DP: Book two of The Erebus Sequence is going jump ahead in time ten years. The focus will be on a new protagonist and how life on Landfall has changed, it’s very much a world caught in the flux of reformation. I can’t say too much about book three as no one has read it yet and it may undergo significant changes. Suffice to say it has two female protagonists.

BP: Do you have any other projects that you wish to pursue besides the Erebus Sequence?
DP: I have seeds for a future noir I’d love to write, and possibly a science fiction novel. Two more Landfall novels are planned if the trilogy is well received.

BP: Everyone enjoys fantasy in their own way, what do you like most about reading and writing fantasy?
DP: I think it’s way of bringing order to the world around you, even if that world is only fictional. Characters have problems and they overcome those problems by reaching inside themselves for inner strength and reaching out to others for help. That’s something we can all identify with.

BP: And just lastly, if you would have to give your top 5 favourite books, which would they be?
DP: Off the top of my head – The Heroes by Joe Abercrombie, Gormenghast by Mervyn Peake, The Scar by China Mieville, Use of Weapons by Iain M. Banks and Pashazade by Jon Courteny Grimwood.

BP: Thank you very much Mark and good luck with your future projects!!

The Boy with the Porcelain Blade is out 20th of March by Gollancz and can be found in any good bookstore or to be sure to read it on the release pre-order!

July 29, 2015
Guest Blog: Alien Invasion Stories from Armada to Grunt Traitor  By Weston Ochse © 2015   There’s something at once terrifying and romantic about an invasion. One wrong move could mean the destruction of everything you know and love, but in the heat of battle, there are crystalline moments in which true humanity shines. Like many military authors, I often look to history for guidance on how to write the future. I’ve always looked at the Battle of Rorke’s Drift as the perfect sort of battle to represent an alien invasion. One hundred and fifty British soldiers in a remote outpost are beset by four thousand Zulu warriors. The odds seemed impossible, yet in the end the British won the day. The early Michael Cain movie Zulu retells this story and stands as one of my favorite military movies of all time. There are moments in the film that resonate. In the face of overwhelming attack, the sergeant major lowly commanding his men to take it easy. Right when everything seems los
Post a Comment
Read more