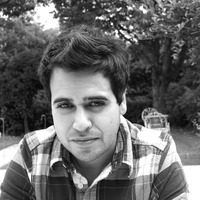 Author bio:
Mark Charan Newton was born in 1981, and holds a degree in Environmental Science. After working in bookselling, he moved into editorial positions at imprints covering film and media tie-in fiction, and later, science fiction and fantasy. He currently lives and works in Nottingham. His major label debut is Nights of Villjamur, which is published by Tor UK (Pan Macmillan) and Bantam Spectra (Random House).

Hi Mark, welcome over at The Book Plank and for taking your time to answer these few questions for us.

BP: First off, could you give us a short introduction as to who Mark Charan Newton is? What do you like to do in your spare time, what are your likes and dislikes?


MN: With the risk of this sounding like a dating profile, I’m a 33 year old who lives in Nottingham. In my spare time I run a whisky blog (malt-review.com) and spend a lot of time on my allotment. Likes include tweed, reading and exploring the countryside.


BP: You have been writing for a while now, do you still know the moment when and where you decided that you wanted to write a book?


MN: Sort of. I was working in bookselling and picked up The Scar, by China Miéville  one day when browsing the shelves. I thought the cover looked cool, and was immediately gripped by an aesthetic intensity I’d not experienced before. I wanted to write something of that sub-genre, whatever it really was at the time, as there was nothing else like it. Even though I’d dabbled with the odd bit of prose, that was the moment I decided to take it more seriously. But it was a long road to publication.


BP: Lucan Drakenfeld is your latest series which got published last year, what gave you the idea behind the series?


MN: A mixture of things, really. A sense of excess of blood and death in epic fantasy, which seemed – to me – to not be justified well enough. I wondered if I could write a series that involved a protagonist for whom death was something to loathe. To make him a detective character seemed obvious, and to make the setting inspired by Ancient Rome fitted in with my love of history.


BP: You are well known from your Legends of the Red Sun series, did you gain any valuable experience that you used when you were writing Lucan Drakenfeld?


MN: Every book is a learning curve. In particular I learnt a more considered style of writing, a simpler form of storytelling. For me, though, it’s often hard to say what I improve on – I know I’m getting better with each book, but it’s a more abstract process to describe.


BP: Starting up a new series is a hard task, how did you go about and plan it?


MN: Every writer is different, and finds different parts of the process challenging. This time around I first fleshed out the politics of the world and the various nations before I put pen to paper. Normally I tend to write a little, then plan a little, to almost feel my way around a world as I’m writing it. But for Drakenfeld I had to have a lot prepared beforehand.


BP: With Drakenfeld being so well received did it add any pressure when you were writing the sequel, Retribution?


MN: Not especially. I’d written most of it when reviews were coming in! But generally speaking I’m not one to get attached to positive reviews. Like many writers, we focus on the negative ones…


BP: Retribution will be released on the 23rd of October, if you would have to sell it with a single sentence how would it go?


BP: Did you encounter any specific problems when you were writing the Lucan Drakenfeld books?


MN: I was writing in first person prose for the very first time, and that look a little getting used to, but it soon began to feel natural enough.


BP: What has been the hardest part in writing Lucan Drakenfeld so far?


MN: Being in a single character’s head for so long can be tough, especially since I used to jump from multiple POVs. The character has required a lot more focus from me.


BP:  Besides the hardest part, which chapter/scene/character did you enjoy writing about the most?


MN: There’s a character called Senator Veron, who had quite a nice sense of humour. Given Drakenfeld is largely a serious character, with a serious purpose, Veron provided a lot of comic relief for me.


BP: Lucan Drakenfeld has some historical influences from the roman times, did you have to carry out any additional research when you were writing either Drakenfeld or Retribution?


MN: I used ancient worlds as the building blocks of the world in which Drakenfeld is set, so I basically binged on ancient texts or biographies of Roman figures. It was more a process of absorbing what I could and repurposing that in a new creative expression, reconfiguring it to the story’s needs. So… lots of research, but nothing specific, if you see what I mean.


BP: If you would be able to retract Retribution and change one final thing would you do so? If yes, which part and why?


MN: No writer would be 100% happy with the book they’ve put out there, but I’ve grown used to accepting that I can’t change anything once it’s ready for publication!


BP: Everyone enjoys science fiction and fantasy in his or her own way, what do you like most about it?


MN: When I was younger I would say something about its abilities to comment on the real world in unique ways, and that still stands true today. But more important today is that desire to escape. SFF flexes a mental muscle that other genres can’t quite seem to do.


BP: Retribution is the second book in the Lucan Drakenfeld series, have you already mapped out how many volumes the series will run?


MN: I’m not really one to talk about future projects, especially as you never quite know what’s around the corner, but I’ve got plenty of plans and schemes. There is, however, a short story coming out in August featuring Lucan Drakenfeld. It’s called “The Messenger”.


BP: Do you have any other projects that you wish to pursue in the near future besides Lucan Drakenfeld?


MN: Plenty of ideas, yes. I’d like to dabble in slightly different sub-genres and maybe even one day whole new genres. Writing for so long in the same setting – without any break – is quite mentally exhausting.


BP:  If you would have to name your top 5 favourite books, which would they be?


MN: Oh they change all the time. I’m pretty useless at being able to pin down what they’d be, but going from instant recollection of favorites, they’d include Underworld by Don DeLillo, the Alexandria Quartet by Lawrence Durrell and Notes from Walnut Tree Farm by Roger Deakin.


BP: and just lastly, can you tell us a bit about what Lucan Drakenfeld is about and what we can expect in the Retribution and the books to follow?


MN: What Lucan Drakenfeld is about? Well, both him – and the series – are experiments to see if good characters can be interesting and complex too, whilst exploring the fringes of genres: fantasy, crime and history. Retribution goes a little deeper into this, but with a much darker storyline – as I mentioned earlier it features a serial killer and attempts to look at some moral grey areas.


BP: thank you very much for your time Mark, I am looking forward to reading Retribution!