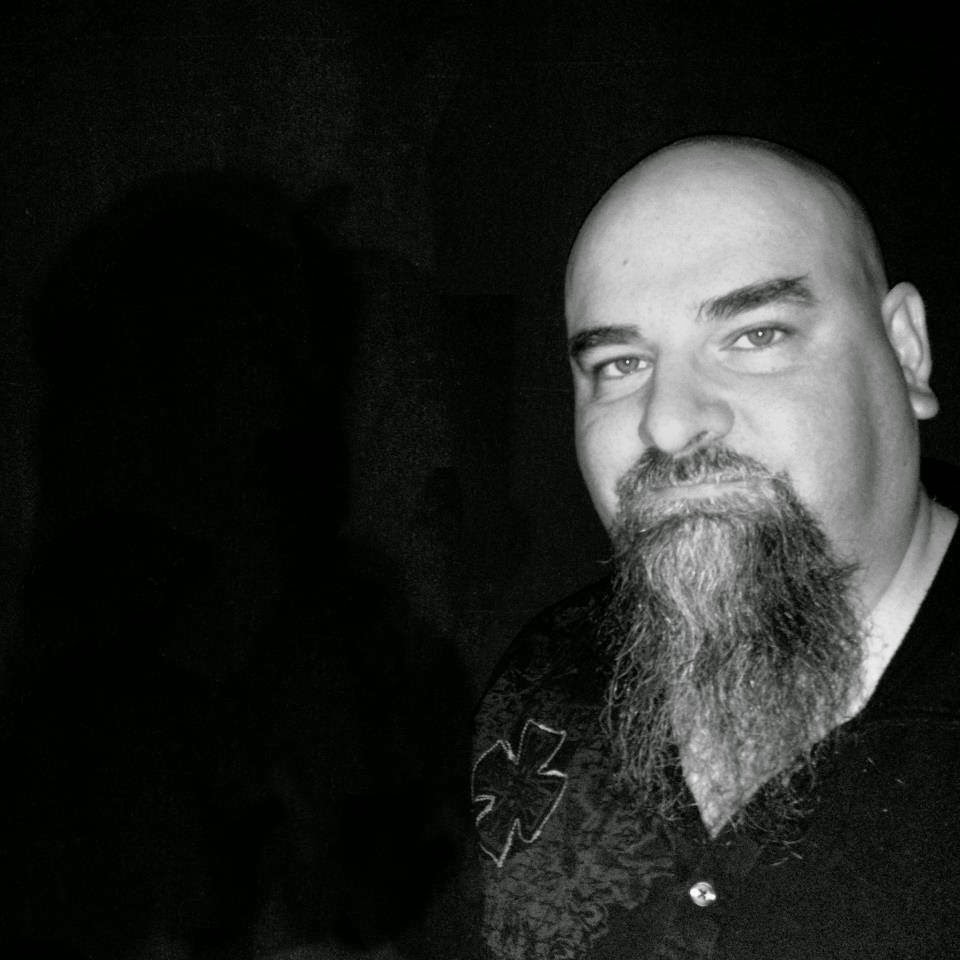 Author bio:
Armand Rosamilia is a New Jersey boy currently living in sunny Florida, where he writes when he's not sleeping.

Hi Armand, welcome to The Book Plank and for taking your time to answer these few questions for us.

BP: First off could you give us a short introduction as to who Armand Rosamilia is? What are you hobbies, likes and dislikes?
AR: He is the Man behind the Man behind the Man. He is like a fish stick soaked in chocolate… he is All Of Us. Actually, I'm just a fat bald dude with a sexy goatee who loves to write, eat M&Ms and hates long walks on the beach. I am also super serious at all times.

BP: You have written over 100 stories so far, do you still know when and where you decided that you wanted to become an author?
AR: Twelve years old. Reading Dean Koontz paperbacks from my mother's vast horror collection. I knew writing was what I wanted to do.

BP: Few other authors have written so many as you have. Do you ever have a blackout when it comes to thinking about new subjects for stories? Where do you get you inspiration from?
AR: I have more ideas than I will ever get to. And new ideas get added daily. If I'm stuck for some characters or plotlines I'll go hang out in Kokomo's Café in Flagler Beach Florida, where I've done a ton of writing in the last couple of years. Or a trip to Walmart gives me 57 horror story ideas, so I'm set.

BP: Your latest book, Chelsea Avenue, is a downright horror story. What gave you the idea to write this story?
AR: The story idea itself has been in my head forever. Literally, in my late teens I thought up the initial idea. Chelsea Avenue is a real street in Long Branch New Jersey where I used to go to Murphy's Law club to see bands. Standing out on the street at 2 am after a concert, with my ears ringing and the ocean a hundred feet away, I thought it was eerie and beautiful at the same time. It wasn't until about 2001 when I started writing it and had to abandon the story because I wasn't a good enough writer.

BP: Chelsea Avenue was published the 8th of September, if you would have to sell the book with a single sentence, how would it go?
AR: The elevator pitch: What if a paranormal elemental evil didn't get the job done the first time?

BP: Despite having written many different stories did you encounter any specific problems when you were writing Chelsea Avenue?
AR: The enormity of the cast was the first hurdle. Making everyone different and memorable. I'm used to writing short stories or novellas. This was the first full-length novel I've had published, so I had to take my time with the evolving plot and keep everyone moving to the end.

BP: What was the hardest part in writing Chelsea Avenue?
AR: Keeping everything in order. During the first draft it was pointed out I'd killed the same character twice, and one person disappeared from the book for no reason. Going back and doing so many rewrites was hard, because I like to think I write a clean first draft and then it just needs an edit. Chelsea Avenue needed several edits.

BP: Besides the hardest part, which scene or chapter did you enjoy about writing the most?
AR: When we first meet Tammy Kelly in the second part of the story. The character is based on someone I grew up with and have known all my life, and it was fun to remember things I felt about her and knew from going all through school with her. The scene of her really sums up her attitude and humor the way I remember it.

BP: If you would be given the chance to retract your story and make a final adjustment would you do so? If yes, which part and why?
AR: Nope. I am quite happy with the way it turned out, much better than I thought I could do. I surprised myself and I hope readers see the progression in my writing as well.

BP: You write a diverse set of genres. Chelsea Avenue is a horror story. In setting up the story line do you write about what you fear or what other people fear?
AR: Both. There are some scenes where I channeled what I am afraid of, whether it is a phobia or just fear of the unknown or fear of failing. I also listen during conversations when I meet new people and I'm casually interviewing everyone I meet to get a part of them for a future story. I find many great ideas just from listening.

BP: Do you use any experienced from your own in writing your vision of horror?
AR: Of course. The scariest horror is the one that can actually happen to normal people. I channel the bad things I've had happen to me or done myself, and the stories I've heard from others. It all goes into the brain and pushes out in different, horrific ways.

BP: What do you think that draws people to a horror story?
AR: The universal questions… what would I do in this situation? How would I handle this?

BP: Do you have any boundaries when it comes to writing horror, do you keep it clean?
AR: I am not a clean writer when it comes to sex and violence. I'm from New Jersey, so expect some profanity in my tales. I also don't shy away from sexual situations. I try to keep it real. Violence for the sake of violence has no point, but I get over the top when I have to. I want you to look away but then get back to the story.

BP: With having published Chelsea Avenue, are there any new projects that you wish to pursue in the near future?
AR: All of them. I currently have 7 open docs on my computer I am working on. More horror novels, contemporary fiction shorts, a thriller, three movie adaptations, and of course many more stories in my Dying Days zombie series. Always busy.

BP: If you would have to give your top 5 favorite books, which would they be?
AR: Watership Down by Richard Adams, Red Nails by Robert E Howard, The Shadow Over Innsmouth by HP Lovecraft, The Rising by Brian Keene and Dune by Frank Herbert

BP: and  just lastly, can you give the readers a sneak peek of what will be in store for them in Chelsea Avenue?
AR: "I don't come across books like Rosamilia's CHELSEA AVENUE often. Infused with the dreamlike quality of memory, Rosamilia here fulfills the full measure of the promise I first saw in his DYING DAYS series. Beautifully dark, this book held me entranced. I couldn't get enough!" -Joe McKinney, Bram Stoker Award-winning author of DOG DAYS and PLAGUE OF THE UNDEAD

Some things never stop until the deed is done.

And it isn't over.

The entity responsible for killing Manny's family and wreaking devastation in the small seaside community has reappeared. Again. And is growing in power.

Now every July 8th it returns, and this time survivors of the fires, including Manny, are being led back to the now-vacant lot on Chelsea Avenue, where the entity intends to finish what it started in 1987 once and for all.

BP: thank you very much for your time Armand and good luck with your future writing!
AR: Thanks for having me! This was fun!